How many times have you needed to plug in more than one thing into a single plug socket? We’ve all been there; it is a common problem in today’s world and we witness it every day. Due to an ever-growing number of electrical devices being used in homes and buildings that were built many years ago with limited power outputs.Many homes and buildings were built decades ago when demand for electrical sockets was significantly less and so they only have one or two outlets in each room. Now, due to an ever-increasing number of electrical devices being used regularly, it is common problem to find there aren't enough sockets for all the appliances that need to be plugged in.The go-to solution is a basic extension lead, and in some cases, this is perfect if you just need to extend your wires to reach the power source. If you need an extension lead that is behind a large item like a sofa or table, then a basic flat extension lead may actually be enough for what you need. However, if the extension lead is on display or in a small area, an extension tower could be a better option. Extension towers look better, can take more plugs than a standard extension lead and can they save on floor space.The Duronic ST10B has a magnificent 2-in-1 design which allows you to use it in both ways: use it flat on the floor as a standard extension lead OR as a standing tower. This model is available in both black (ST10B) and white (ST10W) to suit most interior styles.As a tower, it only needs a small amount of floor or surface space where it can stand so all plugs can neatly plug in and be held back from traipsing across the floor. In addition to this, the tower design means it looks tidier and allows better access to all of the plugs. The latter is particularly useful if you find it difficult to bend down to the floor every time you want to plug something in.

Surge ProtectionThe ST10B has a built-in surge protection which will protect your devices from power surges. The green neon light indicator will let you know if the surge protection is active and working.

Size and DimensionsPerfectly sized to fit 10 plug sockets, 5 on each side.The power cable is 2 metres long and is fitted with a British Standard 3-pin plug.

Use Vertical or HorizontalCompletely versatile, this model can be used either standing vertically in its base or laying flat on the floor.

Safety is Our Top Priority

Our range of towers and adapters have all been engineered here in the England to make sure they meet the strict guidelines we have in the UK; thus, ensuring that they are safe to use and they actually do the job you need them to.To protect your devices from electrical surges and spikes, the ST10B extension tower has an extra feature to keep you safe: a built-in surge protector. This protection feature works continuously while the tower is in use to ensure that all your devices are protected. Unlike some extension leads, we have engineered this model to let you know that the surge shield is active in the form of a green neon light; when this is lit up you know you are protected.This electrical adapter is not for outdoor use. It will hold 10x UK 3-pin plugs. Fitted with a British Standard 3-pin plug. The power cable length is 2M (200cm). Size with stand: Height 39cm, Width: 5cm. Depth of stand: 14cm.IMPORTANT: Be careful not to overload plug sockets. When using an extension lead or tower, it is important that all of the devices/appliances plugged into it do not exceed 3000W/13A. If you overload a socket it could cause the socket and extension lead to overheat and cause a fire.Always put safety first. High-powered appliances such as washing machines, dryers or kettles should not be plugged into any extension lead/tower and should be plugged directly into a wall socket instead. 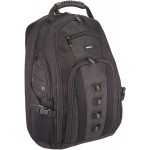 AmazonBasics Adventure Laptop BackpackIdeal for anyone on the move, this AmazonBasics laptop backpac.. 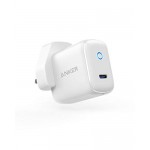 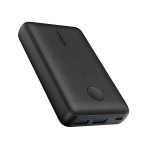 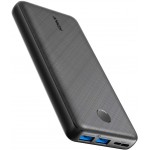